The first Mobile-Friendly algorithm, released on 21st April 2015 was designed to give a big boost to mobile-friendly pages in Google’s mobile search results.

Surprisingly enough, no major impact on the existing rankings has been noticed by the SEO experts and Google decided on a 2nd version supposed to “increase the effect of the [mobile-friendly] ranking signal.”

Also note that this update will only affect the non-current mobile-friendly pages.

Find out more on what can affect your SEO in our FREE eBook:  17 SEO myths you should leave behind in 2016.

What are the impacts of the mobile-friendly update 2016?

With the mobile search queries overtaking desktop queries, Google had no other choice but to consolidate its mobile-friendly policy and give it priority including in the SERPs.

As a reminder, the Google mobile-friendly algorithm is a page-by-page signal, so it can take time for Google to assess each page, and that is why it took some time to roll out fully. So depending on how fast Google crawls and indexes all of the pages on your site, the impact can be slow to show up, but it will eventually.

However John Mueller pointed the fact that Google analyses more than 200 different ranking factors (the 2 most important being quality content and high authority backlinks) when it calculates the SERP for a specific request, either on a mobile or desktop.

Common mistakes when optimizing for Mobiles

Google is making this update very easy for us by telling us exactly what mistakes most businesses are making when it comes to mobile.

If the Google crawlers are unable to access JavaScript, CSS, and image files in your site, you won’t get well indexed because Google is not able to see your which will bring down your rankings.

How annoying it is for the users not being able to watch a video that is unavailable!

Many content types, such as Flash, do not work on all mobile devices and therefore cause unplayable content.

Another common mistake is to have your website setup so that users can see a page on a desktop, but when they try to visit that same page on a mobile device there is a 404 error.

It is important to make sure that you have an identical page that can be served on mobile and then redirect users to that URL instead of serving a 404 error.

Kissmetrics reports that mobile pages which take more than 2-3 seconds to load can experience a high rate of abandonment as would-be visitors lose patience over waiting. After just 4 seconds, a full 25% of viewers have abandoned the idea of visiting your website entirely!

If you want to check whether your site is mobile-friendly, you can start with the free Mobile-Friendly test provided by Google, which will give you an idea of where you stand.

As expected, those who’ve invested the time and effort into making their sites mobile-friendly will benefit from the May update.

Unfortunately, there are still major gaps in compliance, often from the small businesses, which typically don’t have the internal resources or ability to work with an SEO Agency.

If you want to know more about your SEO, we give away a FREE eBook: 17 SEO myths you should leave behind in 2016. 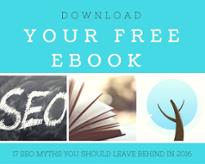 Ready to get Started?

Based in Manly, Sydney